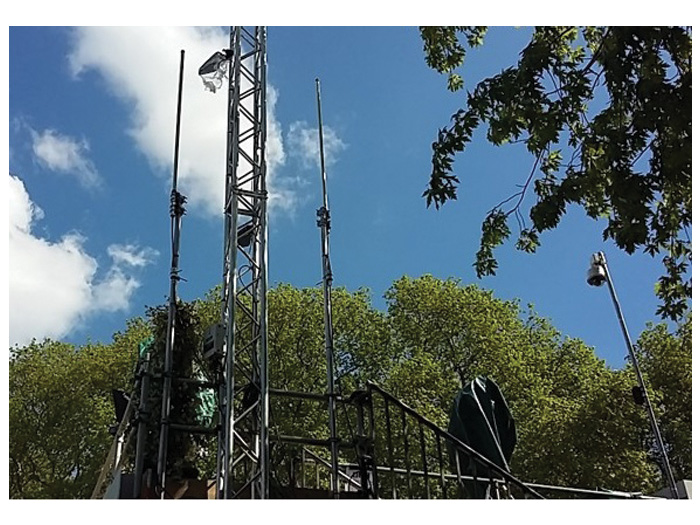 Presteigne Broadcast Hire provided six high power radio microphone systems for national and regional BBC radio programmes’ coverage of the Chelsea Flower Show, which took place in the grounds of the Royal Hospital Chelsea, London from 24 to 28 May.

More than 100 hours of radio commentary was provided over four days at the world's most prestigious flower show, with more than 90 hours using Presteigne’s high-powered mic reporter kits.

Presteigne Senior Hire Coordinator Laurence Hobbs said, “More than 40 hours of live radio were broadcast during the Charity Gala Preview on Monday 23 May alone, nearly all on our high power radio mics, and all without break-up or any other issues.”

Presteigne’s bespoke, belt-worn 1W radio microphone are designed for use where extended, unbroken coverage is required. In addition to the benefits of its remarkable range, the unit can provide phantom power, switchable headphone monitoring, and includes an auxiliary input.

The Gala Preview first opened its doors to a wide range of celebrities and press, while later in the day members of the Royal family paid a visit, including the Queen, the Duke of Edinburgh, the Countess of Wessex, Prince Harry, and the Duke and Duchess of Cambridge.

Presteigne’s Hobbs added, “As with any live event, especially one as potentially far ranging logistically as the Chelsea Flower Show, uninterrupted coverage is essential, especially in the presence of Royals. The reporters using our radio mic systems were reportedly ‘astounded’ that they were able to go everywhere they wanted without breakup.”

Owing to their range and reliability, Presteigne’s high power radio mic reporter kits have proven very popular with broadcasters and are in near constant use worldwide.